Limitations of models and measurements 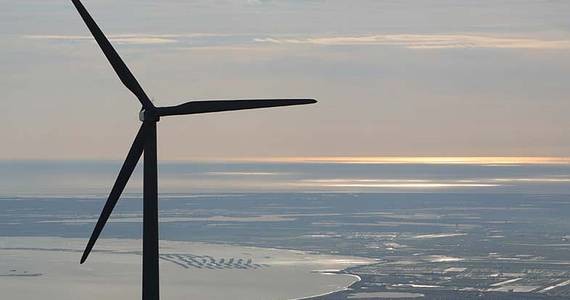 28 January Limitations of models and measurements

"The biggest issue with wind maps seems to be a misunderstanding of their limitations by users, leading to bad decision-making” says Ioannis Papadopoulos (DNV GL) in Windpower Monthly’s article Wind atlases no substitute for on-ground experience.

Any sensible wind map (or any other wind resource estimation) user should totally agree with the above sentence. Being aware of the limitations of modeled information is mandatory in decision-making since maps produced, for example, wind atlases do not show the real world but are just an approximation. However, without aiming to be provocative, “on-ground” wind measurements are not a true reflection of reality either; at least, not the whole picture because they only offer an insight into part of it.

Especially in complex terrain scenarios, “on-ground” wind measurements are very limitedly representative of an area’s wind, but only at the specific measurement point and its immediate surroundings.

Since both measurements and models have their limitations, a smart combination of measuring and modeling has become common practice in the Wind & Site community nowadays.

In my opinion, the real problem unveiled in the article comes from a misuse of wind atlases, which are intended to give quick overviews of the available resource in a large region but are not appropriate for specific site evaluations.

But the “brute-force” (extensive) approach taken to produce wind atlases is not the only possible tactic in atmospheric modeling. Since 2011, the alternative on-demand approach (launched by Vortex in 2011) has been extensively used by thousands of Wind & Site specialists with encouraging results.

In contrast to the wind atlas concept, Vortex’s on-demand approach is based on the premise that you need either large extensions or high resolutions, but not both together.

Thanks to its fully automated modeling chain, Vortex’s computing power is focused to generate high-resolution results for a very specific and delimited area. Instead, the wind atlas approach involves “manual” modeling work, making it more efficient to compute large areas at the desired resolution.

By honing in on just the specific area of interest to a user, the Vortex system is able to apply very sophisticated models, such as LES, to produce highly detailed results for small areas.

There is room for all approaches and, of course, wind atlases have their uses. However, as the author of the article points out, each modeling result (and even each measurement) must be used with the caveat that each has its limitations.